Driving out of Dullstroom on the R540 towards Lydenburg one will first find a beautiful little valley with the Lunsklip river running through it. Another few kilometers along the road on the left-hand side one will see graves. Few stop these days to visit and pay their respects to the fallen. Even less actually know what happened there.

This is their story…

Yet another attempt was being made to capture the Boer Government, currently situated on the farm Windhoek west of Dullstroom.  Colonel Urmston, marching from Belfast was to co-operate with Colonel Park from Lydenburg.

Departing Lydenburg 18th December the column bivouacked at Witklip for the night.  Early next morning B and C companies of the 1st Manchester Regiment, under Major Hudson, left camp for the hills above the Weimershoek valley, followed an hour later by the remainder of the column, who passed through the valley, outspanning about 2½ miles from Weimershoek farm. A report was received that the Mounted Infantry was engaged in action with the Boers.

G and H Companies were dispatched to assist the M.I causing the Boers to retire.

The column moved forward, bivouacking at Elandspruit most of the pickets being posted on the high ridges to the northeast of the camp.  8.30 p.m. the Manchester’s and rest of the columns are aroused by a heavy outburst of fire from the north-west and south. 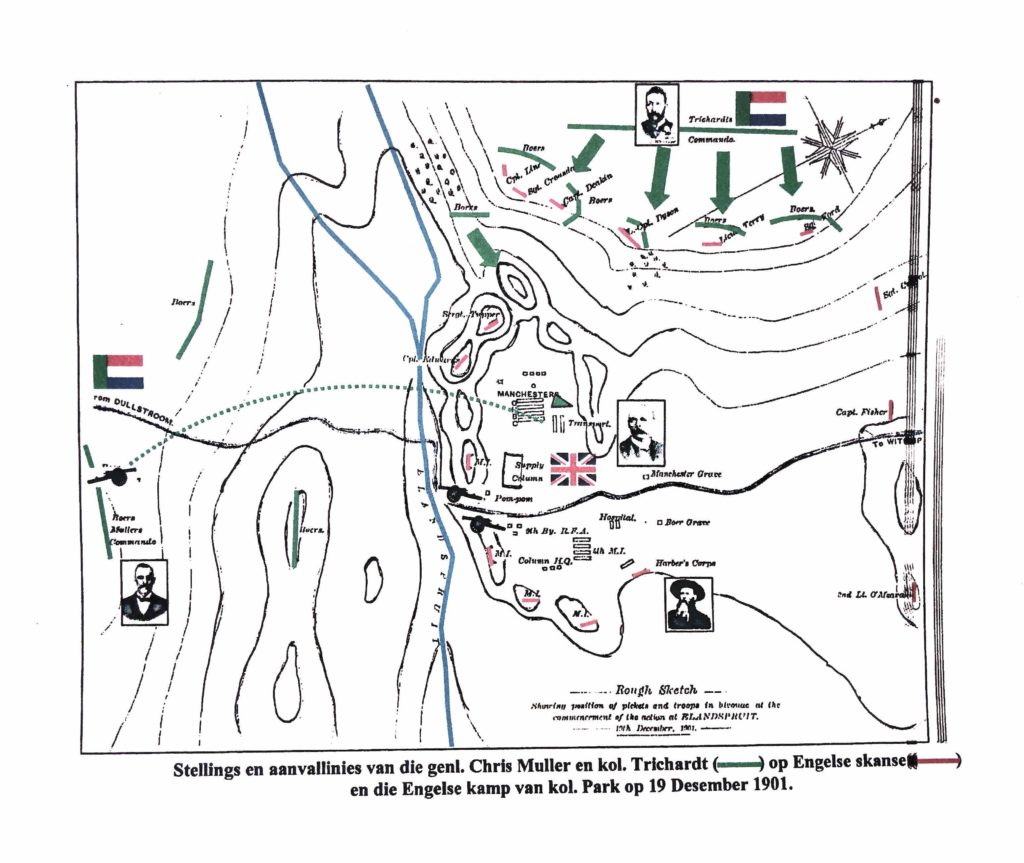 Map of skirmish of Elandspruit 10 December 1901

Trichardt did well and got very close to the pickets on the high ridge opening fire.  Captain Deakin, ‘E’ Company,  was shot almost at once through the throat and Sergeant Danvers wounded.  Command fell to 2nd Lieutenant Gordon who successfully repelled the attack, the enemy leaving 4 dead and 3 wounded.  Meanwhile, Captain Deakin was being carried to the field hospital by Privates Carter and Stevenson.  On the way, they were stopped by a party of Boers who stripped Stevenson, Carter escaped, Deakin was robbed, finally being carried in by Sergeant Derbyshire.

Leaving some reinforcements with Gordon, Hudson made his way along the line until nearly opposite ‘A’ Company.   A heavy volley of fire and Major Hudson, Colour-Sergeant Martin and Sergeant Davies and a private are hit.

A heavy fog rolled up over the position under cover of which the Boers retreated.  The Boers were fighting with great tenacity and were unaware that the Middelburg commando under commandant Trichardt had stormed the position nine of their comrades being killed, some as a result of being caught in the crossfire.

The same mist which enabled the Boers to withdraw made retrieval of the dead and wounded difficult, some remaining out until next morning.

The total casualties were as follows: 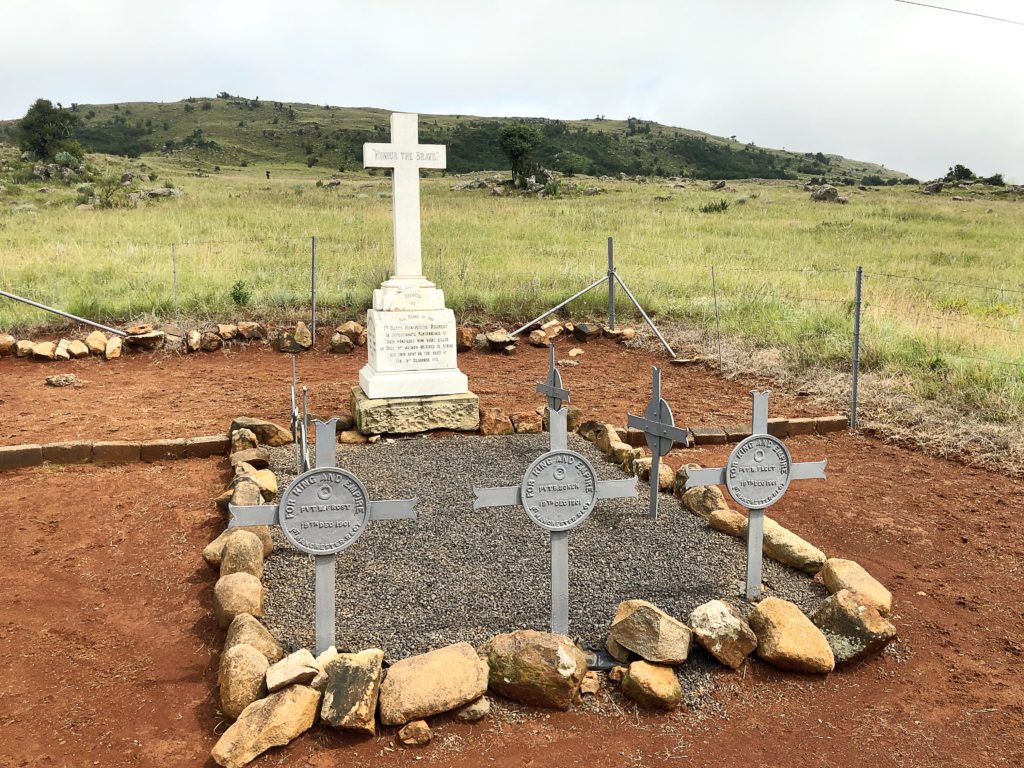 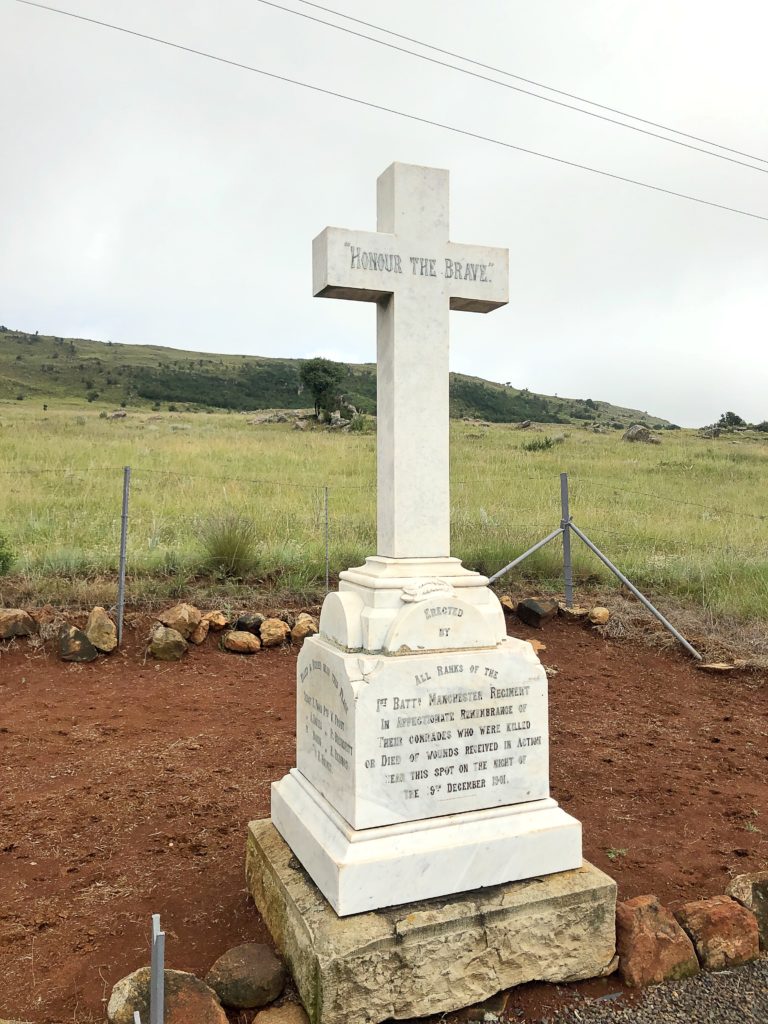 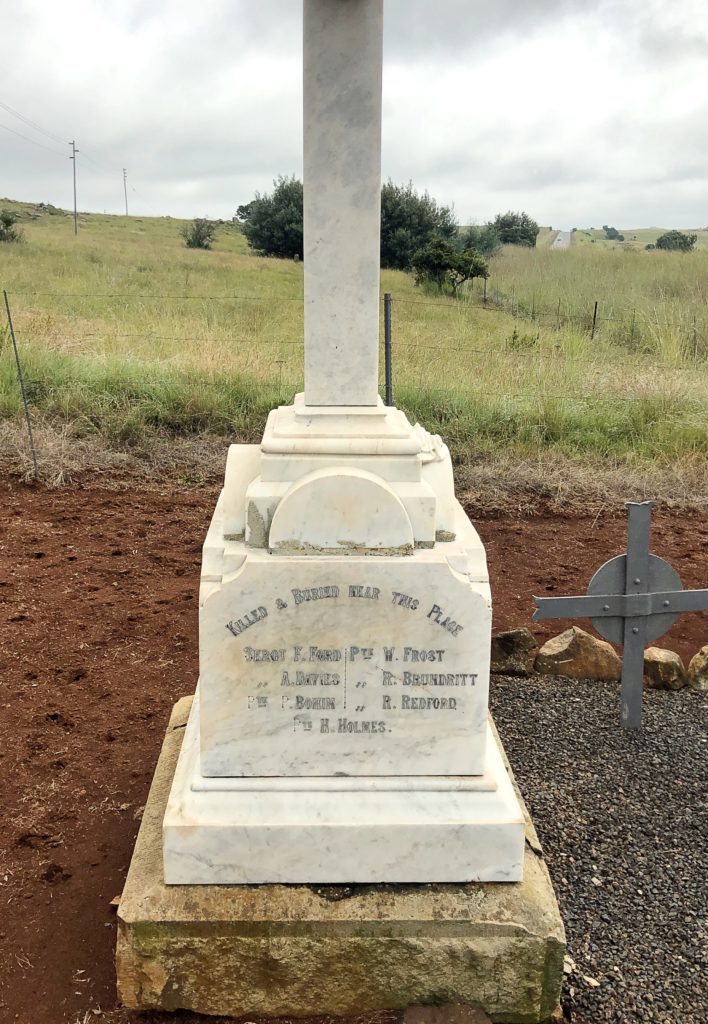 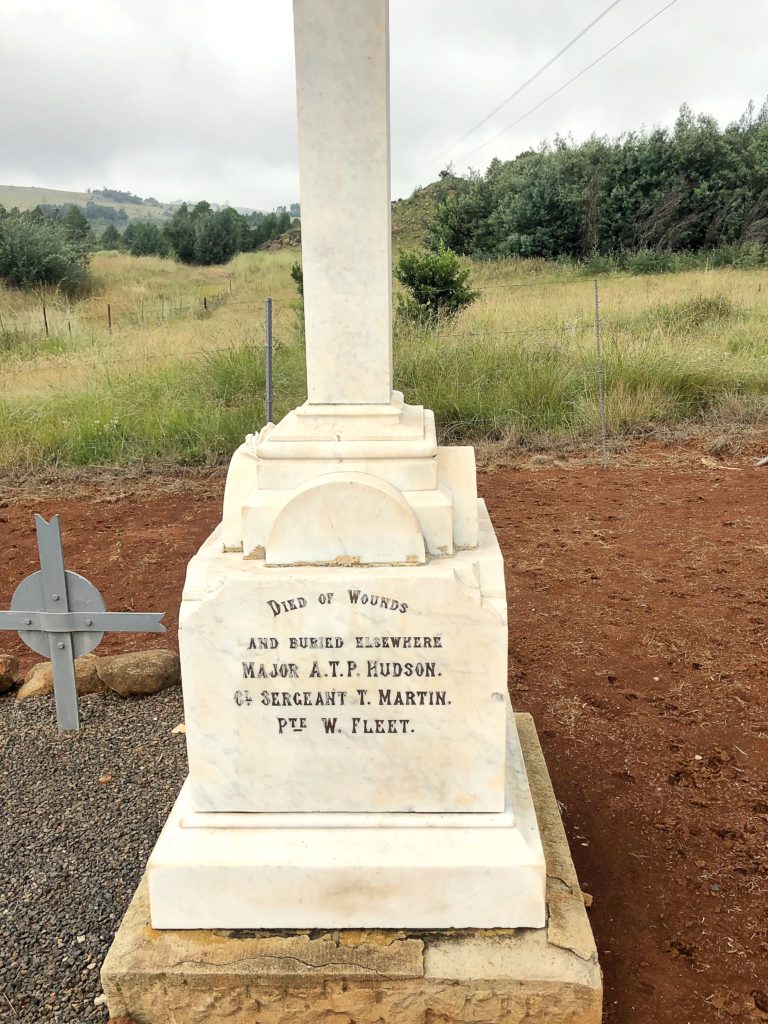